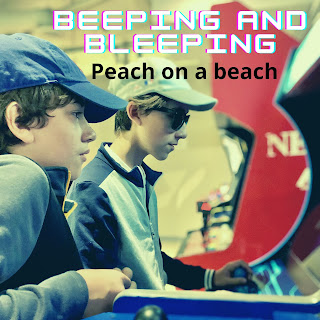 Hailing from Dartmouth and based in Clare, Nova Scotia, Peach on a beach is Larry Peach. Inspired and influenced by 80s new wave and hip hop, 90s dance and downtempo, Peach on a Beach is recording several singles prior to the release of his upcoming EP called Flashbacks.
Posted by Peach on a beach at 12:04 PM No comments:

So why Peach on the Beach as my artist name? 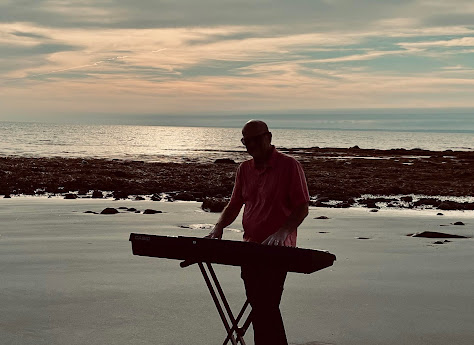 Well, for starters, it wasn't my first choice.

Earlier in the year I considered many options that seemed to fit at first glance. But the main goal was to find a unique nom de plume/artist name.

And that's where I hit the wall.

As I was dreaming up a name for this project, I thought of using a derivative of Depeche Mode. For a few weeks I toyed with the idea of some sort of play-on-words with my surname Peach.

In French, a peach is une peche. Working in a French Acadian community for over twenty years, I have been referred to as both La peche or Le peche.

But the problem was finding a unique version that wasn't already in circulation by another music artist on Spotify and other streaming platforms.

Some examples of these unchosen names include:

La Peche Mode - an 80s cover band based in Quebec.

The Peach Mode - While initially envious I wasn't the first to claim this one, I have made peace with it. This outfit actually has created some really fab electro tunes!

Le Peche Mode / The Peche Mode - Although seemingly available, these names sounded much too similar to the electronic godfathers.

Alas, this research soon became fantasy as I grappled with a serious issue:

Is it legal to use a similar name as another artist?

After some online research and a brief chat with my lawyer, I decided to bail from any possible future legal headaches.

Apparently, if the other artist has trademarked the name they use, then they have broad rights to prevent you from using any name that could reasonably be seen to cause confusion among consumers. Your name does not have to be an exact match, if it's close enough to cause confusion then you could be in violation of their trademark.

So after this sobering news, it was back to the drawing board and brainstorming alternative artist names.

And soon enough, a litany of new possibilities bubbled to the surface. You would think this exercise would be relatively easy, given that I am a one-person outfit with full creative control.

But the process quickly devolved into an exercise of inanity, as these curious samples reveal:

After having spent some time erasing this random silliness from the whiteboard, I circled back to an obvious choice: Larry Peach.

Sure it's safe, and it's me, and it's legal and all. But I wanted to be at least a little creative...

Following copious amounts of hand-wringing, it turned out my artist name had been staring right at me all along. On my iPhone.

I chose this name when I first signed up for Instagram in late December 2013, to post a photo of a cool snow shower on Mavillette Beach. My first run beach photo would be added a few weeks later. 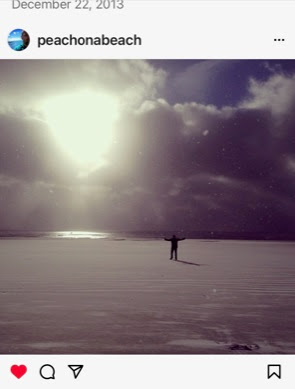 In fact, the majority of my posts illustrate beach runs, or spending time on a beach, near and far.

You see, the beach has always been a major source of inspiration.

I’ve run on Mavillette Beach a few hundred times: in thick fog, pouring rain, humid heat, and during a light snowfall. And it’s a completely different experience every single time.

But the beach is so much more than just a place I go for runs. It’s therapy.

Emotions soften when I start feeling the flow of an inspiring run on the hard sand.

Along la Baie Sainte-Marie, there’s a special mix of salt, sand, sea, sky and above all, solitude, and space.

All these natural elements come together to a carefully curated playlist to create a symphony of spirituality.

The beach is also my lab: where I contemplate and ruminate over current challenges and where new ideas start to bloom. More recently, thoughts of creating music are part of this experience.

I am so grateful that my favourite beach is located a short and scenic seven-minute drive from home.

Peach on a beach's debut single, "Beeping and Bleeping", is a hip hop track about my experience as a young teen in the early 1980s and part of the first generation of kids who enjoyed playing video games in arcades.

I encourage you to follow along as Larry Peach, aka the tourism manager for the Municipality of Clare, also becomes Peach on a beach.

Peach on a beach (Larry Peach) is an emerging singer-songwriter and synth player creating nostalgic music.

Posted by Peach on a beach at 4:47 PM No comments:

Peach on a beach is Larry Peach 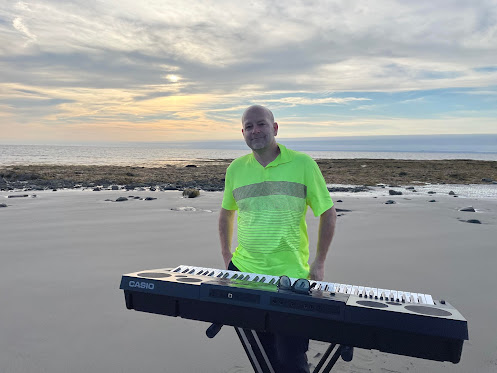 This fall I will be launching Peach on a beach - a new music project that began during the pandemic. 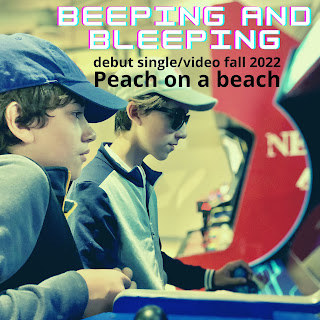 The single and video will be released in late September. Below is a little teaser: 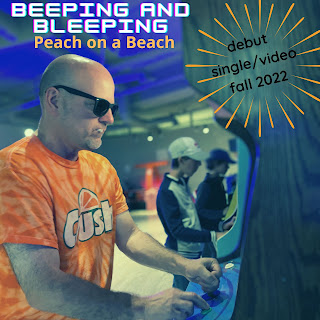 Email ThisBlogThis!Share to TwitterShare to FacebookShare to Pinterest
Labels: Beeping and Bleeping, Larry Peach music, Peach on a Beach

Peach on a beach
Inspired and influenced by 80s new wave and hip hop, as well as 90s dance and downtempo.
Newer Posts Older Posts Home
Subscribe to: Posts (Atom)